What is one way you think open source will affect the tech industry in 2014?

As 2014 marks the 25th anniversary of the Internet, we can see the huge rise in open-source initiatives. There are numerous events hosted worldwide — including Wikimania in the U.K. I would keep an eye on the launch of World Code Day. International nongovernmental organizations are promoting open data for governments, and open source is being implemented in education, health care, environment, and many more areas.
Christopher Pruijsen, Sterio.me

In 2014 we’ll see a huge surge in the proliferation of open source, home automation, and connected devices, which will allow enthusiasts to access data feeds and APIs to further maximize the utility of those devices. Integration will also see a huge increase as people focus on integrating separate devices onto shared platforms and mobile apps.
Andrew Thomas, SkyBell Technologies, Inc.

The cost of starting up a website or tech project is so much less than it used to be. This will bring the opportunity within reach for many more people, effectively allowing for the creation of even more startups. This increase in competition should lead to better innovation at a faster pace overall.
Andy Karuza, Brandbuddee

With the ever-increasing adoption of open source, 2014 is poised for an increase in the number of SaaS companies launched. SaaS companies are launching offerings faster then ever, leveraging the confidence and acceptance of the open source community and solving its most difficult problems.
Phil Chen, Givit

Entrepreneurs are looking for the best solutions possible. They want to move quickly and effectively. When I see a product such as Google Docs growing at a rampant rate while Microsoft is still charging for Office, I see a big opportunity for open-source software and programs.
Luke Skurman, Niche.com

Tech companies will have to rethink their pricing strategies in 2014, especially because there are more open-source resources for cloud computing such as OpenStack and Eucalyptus.
Andrew Schrage, Money Crashers Personal Finance

Many FinTech startups operate under the existing closed-source markets and monetary system, which limits their opportunity for innovation. Creating an open-source financial system — as bitcoin has begun to lay the groundwork for — will completely reshape world finance.
Andrew Fayad, eLearning Mind

Open source will force more originality in the approach and content of the tech industry. With everyone on the same open platforms and softwares, only the most valuable content will rise to the top. It’s becoming the standard for the everything.
Kevin McGann, GraduationSource

Open-source content management system programs, including WordPress, have been around for a while. With recent releases, these CMS programs are almost limitless. The free price tag and easy customizations make them the solution of choice for a majority of website owners. The use of these programs will soar even higher in 2014.
Michael Quinn, Yellow Bridge Interactive

Keslow Camera Always Ready for “Action” with a Tablet Solution

Under the Radar: 5 Tech Careers You Haven’t Heard About 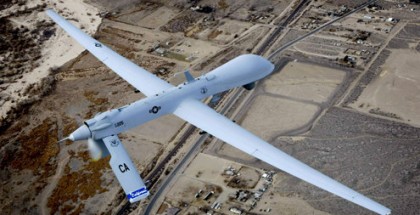