1. How eBay Could Rescue Bitcoin From the Feds

Bitcoin exchanges have run into a hurdle in the form of the U.S. banks. There are questions about whether or not they “meet federal and state money transmission business regulations.” While this is quite a setback, another company is in prime position to take advantage of the situation: eBay. It had a “virtual currencies” section, allowing people to sell and purchase Bitcoins—it’s a forum for Bitcoin exchange, bypassing the federal and state regulations via PayPal.

The only thing preventing eBay from taking advantage of this opportunity, should they choose to do so, is the fact that Paypal allows chargebacks. Someone could purchase Bitcoins on eBay and simply state that the Bitcoins weren’t delivered, defrauding the seller. If eBay manages to solve this problem, PayPal could be in even bigger competition with Bitcoin. “They could very well find their business model outdated,” states financial regulations lawyer, Van Cleef.

Google released Course Builder, an experimental platform, last year to test the waters in online education. It was well received with a multitude of different online courses available with various institutions experimenting with MOOCs (massive open online course). To continue with the online education front, Google has decided to join Open edX, a non-profit aiming to provide interactive online courses, as a contributor.

The effects of the combined efforts of both companies will provide much for the developers and consumers. Director of Research, Dan Clancy says, “We hope that our continued contributions to open source education projects will enable anyone who builds online education products to benefit from our technology, services and scale. For learners, we believe that a more open online education ecosystem will make it easier for anyone to pick up new skills and concepts at anytime, anywhere.”

Becoming a super connected metropolis with free WiFi everywhere sounds great, but it also has its cons. One glaring problem is the presence of WiFi Hackers. Leeds is one such city that hopes to realize this vision.  A survey done on Britons was done to examine their WiFi use and determine how safe people really are.

Half of the surveyed do not know if the WiFi hotspot they use is secure, opening them up to identity fraud. Two thirds use the hotspots to check their email, a smorgasbord of personal information. Even more surprising, ten percent of people access their bank accounts with the public WiFi.

A brief list from these findings states that: important online tasks should stay at home, remove automatic connections on your mobile device, and don’t use apps whose encryption method is unknown.

Microsoft launched a 12 week accelerator program for UK cloud, mobile, and gaming startups in East London Tech City. 20 startups will have the opportunity to gain mentorship from executives from Microsoft, Train2Game, Lift London, and more.  This program is the latest of 10 around the world by Microsoft. The success rate of companies, from a total of 119, getting funding (within 6 months of the program’s end) is 85 percent! The kicker, though, is that Microsoft does not plan on taking equities from the startups. Rather, they will hope that the accelerator program will help to create future successful partnerships and additions to the Microsoft family.

Facebook tries its hand at doing what LinkedIn has been already been doing, acting as a professional outlet for users. It recently included a new feature that allows users to add professional skills to their profile. Facebook takes this one step further than LinkedIn in that they connect skills to relevant interest groups, giving potential hires even more exposure. For those who worry about privacy, there is an option to adjust the privacy settings on the resume.

“If Facebook’s Professional Skills feature takes off, you’ll be able to browse through friends’ vacation picks and potential hires, all at the same time.”

6. What Startups Need to Know about Obamacare

With Obamacare coming out soon, startups have more health insurance options available to employees. Plans will come in 4 flavors—the typical Bronze, Silver, Gold, and Platinum setup, each with increasing cost and coverage.

Exchanges will start on October 1st, 2013—small businesses can take advantage of this time and look at the exchanges and plans. Since insurance companies will not be able to deny anyone, the rates for insurance will increase, especially for those below the age of 30. However, most of the regulations placed onto small businesses are delayed until 2015 instead of 2014.

It’s time to celebrate the 66th birthday of the first discovered computer bug! In 1947, the Mark II Aiken Relay Computer in Harvard had a peculiarity in its system—a bug. For all the technophiles out there, it, unfortunately isn’t the metaphorical bug we all know of; it was literally a bug; a moth. The person who helped to publicize this and coin the term “bugging” and “debugging” is Grace Hopper. The moth itself exists in a logbook in the Nation Museum of American History, but, unfortunately, is not on display. 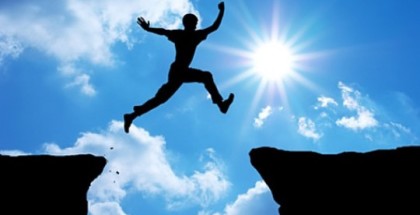 4 Questions to Ask (and One to Ignore) When Choosing Your Startup City... October 22, 2013 | Ioannis Verdelis