Stories Behind the Apps: Galaxy Dash

Tell us about your game! We have recently released our debut title called Galaxy Dash: Race to the Outer Run. Galaxy Dash combines the excitement of an endless runner with the thrill of space combat! In the game you play as a star captain and privateer who is navigating through the Outer Run, a dangerous but lucrative smuggling route on the edge of the galaxy. Your goal is to blast obstacles in your way, collect tons of loot, and survive as long as possible to become the most infamous smuggler in the galaxy! How is the game different from similar apps? Galaxy Dash is a hybrid between an endless runner and space combat game. While Galaxy Dash shares a similar core loop and control scheme as other 3D endless runners, our key differentiator is the infusion of combat in the game. Players can shoot asteroids, enemy ships, and other space hazards to earn bonus score and loot during their run.  This creates an exciting balance of dodging and combat, reminiscent of classic games like Star Fox. We also have a fresh visual take on space games, featuring a vibrant and colorful atmosphere to explore.

Tell us about the app design. Galaxy Dash features a whimsical cast of characters in the form of aliens, robots, and humanoids. We wanted to highlight these characters in the app icon, so our current icon features the character Helix, who is one of our favorites aliens in the game.  With regards to the user interface, we spent many months creating layouts and mockups for the various screens, and testing them as grey-scale in the game.  Once we were happy with the general layout and user flow, we hired a friend and talented UI designer to help push us over the finish line with their visual style and UX tweaks. What resources assisted you in building the app? We built Galaxy Dash in Unity 3D and have utilized several plug-ins from the Unity Asset Store.  Key plug-ins include the Toon Shader for our visual style, NGUI for our user interface, and Prime 31 for many of our SDK hookups. We’ve had fantastic support from the indie gaming community, who have provided feedback on the game and tips on the startup journey.  We also recommend playing Galaxy Dash with the sound on, as we have fantastic music tracks from our friend Brad Griffin, and a ton of entertaining sound effects from Andrew Kim at Level-up Audio.

What lessons did you learn using these tools? I think a key lesson has been that it’s okay to ask for help. The Unity and indie community are incredibly supportive of each other, and people are willing to share all kinds of advice to help you create your game. We’ve also had many friends who have both contributed to the game and playtested the game over the course of our development. Having their involvement has made the journey even that much more meaningful.

What would you say went right and wrong with the release? Overall, the game’s development was a positive experience for us. We had a clear vision for the type of game we were making, which allowed us to move quickly and efficiently against the goal. However, our speed did make it difficult to pivot on some key items, which led to some tough compromises later in development. With regards to release, our ability to iterate on the game post-launch and maintain a solid update cadence has been awesome. But it has been challenging to drive installs without a large marketing budget, so we’re doing our best to improve on getting the word out.

Who is on the team and what are your roles? We have a three person team here at SuperMoon Games. Simon Armstrong is our Technical Director and lone engineer, and all the functionality in the game has come from his fingertips. Kyle Van Meurs is our Art Director, and has been responsible for bringing the visuals of Galaxy Dash to life. I’m focused on both game design and studio operations, and implement our level design and balance into the game. The overall creative vision for Galaxy Dash has been a team effort, driven by our backgrounds as passionate and avid gamers.

What were you doing prior to building the app? Prior to forming SuperMoon Games, we were working at larger game companies such as Electronic Arts and Zynga. We found ourselves playing tons of games together, and realized we shared a mutual passion for indie games and space games. When brainstorming what game to work on as our first title, we decided to take the opportunity to pursue an idea that would be difficult to greenlight at larger publishers. Thus a game about flying spaceships was born. What other games do you play or inspire you? We play a ton of games here at SuperMoon, and I’m constantly inspired by the work from other indie developers like Vlambeer and NimbleBit. Perhaps my favorite app is a game called Dungeon Raid, which I easily sunk over 100 hours into and still have installed on my device nearly four years later.

Head over to the iTunes App Store to download Galaxy Dash.

Hey you app devs!  Wanna be featured like Galaxy Dash? Be sure to check out http://www.powerslyde.com/get-discovered

Stories Behind the Apps: Powerslyde

This is the most recent story. 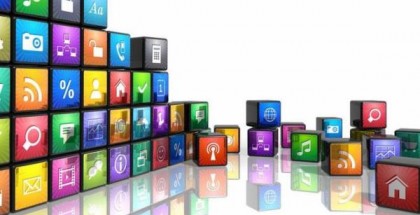 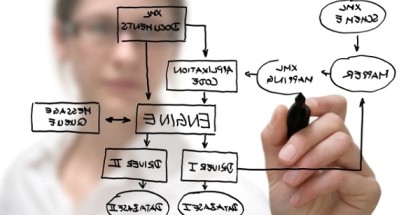