IDEA IN BRIEF
1) Consumers suffer from message overload — and a lot of the messages we get are annoying and irrelevant.

2) This is not just a problem for consumers to deal with — it’s a problem for businesses. The more they annoy customers, the less likely people are to stick around.

4) But as businesses layer on new ways of sending messages, the new tools don’t coordinate with the old ones. This leads to crowded inboxes and a poor experience for customers.

5) The next generation of communication companies will do for businesses what designers did for webpages: cut down on the quantity of information, creating whitespace so that messages actually get noticed. This is what Outbound is building.

Think about your inbox. What comes to mind? For me, the image is a marathon game of Tetris. I can find better ways to deal with the inflow–I can install Mailbox, do some filtering, be disciplined about touching every message only once–but it just keeps coming. What would it take to replace Tetris with a different image?

The short answer is that businesses need to start thinking about messages as extensions of their product instead of one-off blasts. The end-result would be fewer, higher-quality messages–and a lot more whitespace around key information. We need to do this for the inbox:

In order to understand how this would work, let’s take a step back and look at how businesses send messages now.

Why the messages just keep coming

The mold was set with email, which has become the universal channel. We get messages from mom alongside flight details and promos from The Gap. As long as there are 1-to-1 messages from people we know waiting for us, we’re not going to stop checking our inbox, and that makes it a very attractive channel for businesses. As a result, the 1-to-1 messages that draw us to email in the first place make up a smaller and smaller portion of our inbox, and we spend more time sorting and less time consuming information that matters.

But that was only round one. Just as email became ubiquitous and started to reach a saturation point, we all got mobile phones. We started off texting our friends, but it wasn’t long before businesses realized that by collecting our mobile number they gained a new channel–inbox number two. We soon upgraded to smartphones with app stores, and we added a third inbox for push notifications.

As each of these channels approaches saturation, it doesn’t go away. New channels just get stacked on the preexisting channels and find new ways to compete for our attention (I’m looking at you, badge app icon!)

Our inboxes didn’t fill up on their own–it took several generations of new infrastructure to enable businesses and nonprofits to message us so steadily and efficiently. Here’s how it got so easy to send messages:

It used to be that when you wanted to email a group of people, you had to type a lot of email addresses into the “To” field. Sure, you could set up a listserv, but that was the domain of the webmaster/admin technical guru, not a task for the common man. And even the listserv was a pretty basic tool. But when Constant Contact, MailChimp, and a dozen other email service providers (ESPs) came along, they not only democratized the listserv, but also made it a lot more powerful by adding open and click analytics, scheduled messages, unsubscribe tools and list segmentation.

Over the past fifteen years, at least six ESPs have grown up to be worth more than $100 million by making these features accessible. These companies opened up the playing field by allowing anyone to do email marketing. As ESPs grew, the best ones realized that they needed to protect end-users as well as serve their customers. The leading ESPs enforce strict opt-in and unsubscribe policies and spend a lot of time educating customers about the right way to do email marketing. MailChimp leads the market (folks on Quora estimate that MailChimp may be worth as much as $1 billion) in large part because of its attention to the kind of email experience its customers are creating for their contacts.

But even ESPs that respect our inboxes can’t manage the new flood of messages from the product across email, text and push.

Generation 2: Rise of the transactional message

As the market for ESPs matured, transactional message providers like SendGrid began offering tools that let developers outsource some of the email drudgery involved in delivering transactional email. Developers still had to define the business logic to trigger receipts, invoices, app content (like new comments) and other product-based emails, but they no longer had to worry about delivery.

Easier delivery seems like an incremental improvement, but it opened up a flood of transactional email: last year SendGrid reported that “web applications are sending an average of 631,000 emails per month, and nearly 50 percent of user actions in web applications trigger an email alert.”

And that’s just email. Twilio is building an empire around SMS and voice delivery, and Urban Airship is doing the same for push notifications. Both of these companies tout better engagement compared to increasingly lackluster email open rates. But as these channels saturate, their engagement rates will erode the same way that email has.

Where does that leave us?

Businesses are sending more messages using more channels than ever before in an effort to capture our attention. Consumers battle a constant flow of messages coming at us across channels, constantly sorting and skimming to separate the signal from the rising noise. We’re all stuck playing a frantic game of Tetris with our messages.

The next generation of message tools will create… whitespace
How did we move past cluttered websites toward beautiful pages with abundant whitespace and intuitive user experiences? We did it by stepping away from our keyboards long enough to listen to users. What do they think of the page? Where do we lose them?

Message tools need to create whitespace around the messages businesses send in order to help people stop and pay attention. Here are some ways to achieve this:

Begin with the user’s context, not the channel. Most businesses start by deciding which channels they will use to send messages, then gradually fill those with messages to push content out. Instead, start with the context: where and when will this person receive the message? Is the call to action (even if it’s just to absorb information) reasonable given this context? A lot of this involves A/B testing–quick iterations through trial and error–but some of it is common sense.

Pay attention to the relationship. If you’re barraging customers with messages or leaving them in the dark, it doesn’t matter how interesting the content is; those people are probably too annoyed to pay attention. A single, unified view of all the messages going to each user across channels and departments allows you to see when you are over- (or under) whelming people.

Give users a say. Analyzing user data helps address both of the points above, but you’re never going to get the full picture of a user from analyzing her data. Just as user testing and feedback often yield surprising insights about how to make a webpage better, we need to gather feedback on messages that is much more fine-grained than an on/off unsubscribe button.

In small companies, these principles produce slight differences in messaging, but over time those differences multiply as message volume and organizational complexity grows. It will take time to build really good solutions to these problems. My company, Outbound, has begun with three simple innovations:

1) We separate message content from channel so that any information can be sent, using any channel, based on the actions that users take. That leaves your options open depending on the context for your message.

2) We log all outbound messages in one place, providing a unified view–the same view your user has of her inboxes.

3) We make automated messages code-free because it’s impossible to iterate quickly based on trial and error if the person who is writing the messages is always waiting for engineering to make edits or change business logic.

This just scratches the surface of what we need to help businesses create fewer, higher-quality messages. But that’s why we’re so excited about this space. Imagine if instead of optimizing for more clicks, companies had a tool that optimized to make you totally satisfied–and kept changing their message mix until you signaled that you were happy. That’s the inbox I want.

by Josh Weissburg – Founder at Outbound (acquired by Zendesk) 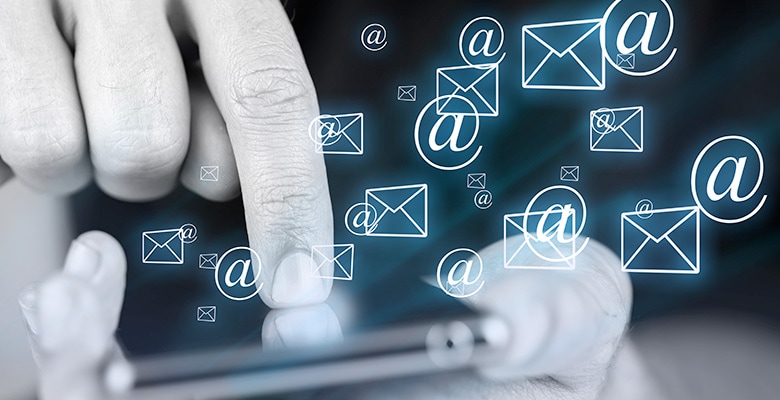