10 Mistakes to Avoid in Planning for OpenStack Cloud 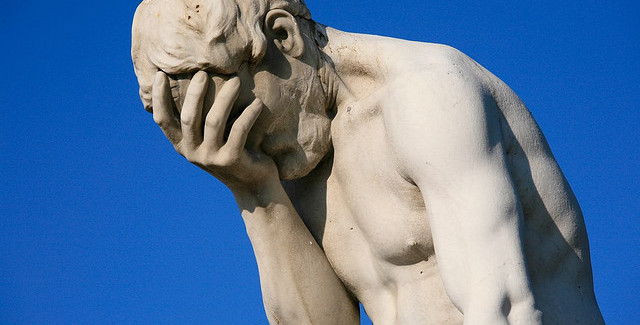 Build your own cloud? With free open source? Too good to be true? Not quite.

OpenStack provides you with the opportunity to make resources available to your people by creating your own cloud without paying huge software license fees — that’s true. But in the years we at Mirantis have been building and deploying production of OpenStack cloud environments , we’ve seen a lot of magical thinking. If you watch out for these ten common mistakes, you’ll be moving in the right direction.

It’s not easy to just decide to use open stack

Very often we hear, “Why do we need a budget for this? We’ll just implement the code off the repo. There’s no license fee.”

That last bit is true. There’s no license fee to run OpenStack, but Open-source software doesn’t just appear out of nowhere, especially for a project as large and complex as OpenStack. Hundreds of people get paid to work very hard to improve the code, which changes constantly, so the latest version of one component requires you to bring in the latest version of everything else.

The problem here is that the latest code is always unstable, and critical bug fixes happen at the speed of the community, not yours. Sometimes you’re going to need to pay someone to fix your bugs in your timeframe and not the community’s. Thus, Open source code is free at any given moment in time, but there’s always change over time, and time is money.

If your entire cloud is small enough to fit on your laptop, you might be able to do it yourself. If you’re looking at a medium or large cloud, however, get some help. Most people implement clouds for reasons that aren’t simple; you must understand what everyone else needs — not just you — in order to do this right. Explicitly document your use cases so that you can figure out whether you need a public, private, or hybrid cloud. Is your workload multitenant, long-running, short-running, dedicated, ephemeral, stable, bursty, or maybe even all of the above?

Maybe the solution to your problem isn’t even in the cloud. Look at your legacy applications. Do they belong in the cloud, or do they need to continue on your existing infrastructure?

None of these decisions can be made in a vacuum.

Mistake #8: Everyone understands the terminology.

You may believe that everyone understands the terminology, but it is critical to understand the whos, whats, whys, whens, wheres, and hows — collectively. Consider the following sentence we heard in a planning meeting:

We built a service to support the service, but when we had problems with the service level, we called services.

Really? Take the time to understand what your constituents mean in precise terms, because there is no common understanding — even with common words. There’s a lot of chatter on the OpenStack forums about the actual meaning of the word “type.”

Mistake #7: Assuming legacy systems will go away (or be migrated).

There’s a reason COBOL programmers still have jobs. Legacy applications don’t just go away; that’s just the reality. Just last week, a hyper-enthusiastic system admin told us, “We’re just going to build a cloud and move everything over.” Maybe it’d work, but not quickly. Some legacy systems, such as certain data storage, transactional, financial, and insurance applications are just not ready to move to cloud, especially if business rules have not been well-documented.

Mistake #6: All you need is load balancing.

This particular fallacy comes from thinking of the cloud as a giant router that just shifts stateless traffic to where it can run the fastest. Think about what workloads you’re moving to the cloud. Is it a dev-test environment? Can you ramp up or ramp down? Can you shut it down in an emergency? Do you need a single component or multiple components? In most cases, you can’t scale an application just by cloning its elements; not all constituent services can maintain consistency across replicas unless they’re architected from the get-go.

Mistake #5: We don’t need to talk to the developers.

In OpenStack cloud, applications can exercise far more control over the platform they run on than in a conventional environment, but with great control comes great responsibility. Operations and developers need to play nice with each other —you need expertise at the developer level to, both, properly architect and operate the solution.

That’s not to say that admins and operators should just get out of the way. You’re building an IaaS cloud with OpenStack so developers can use the infrastructure more easily. You want to give the developers just enough choices to make them successful, so create a menu — don’t give them the run of the kitchen.

Mistake #4: Our staff has the skills.

We often hear, “Our staff has the skills. It’s just like Linux.” Sure, if your organization is endowed with source-code masters for IP networking, hypervisor resource management, storage redundancy and optimization, source-code management, security and encryption, driver optimization, distributed application architectures, and any number of other technologies involved in OpenStack, you may be right. Chances are, though, you’re missing one or many of these skills, and your staff needs to know that.

Everyone can use Linux, but not everyone’s a kernel engineer. Ultimately you can become the source-code master who knows everything, but it’s not overnight.

“Cloud computing introduces great efficiencies. It’ll pay for itself.” Go ahead and try to get that past the CFO.

More than likely, you’re going to need new hardware and it’s not going to be the light and cheap stuff. And smart people don’t work for nothing. You’re going to need to train the people who don’t know everything they need to know. Oh, and do you also have a vacant, water-cooled data center nearby?

You may also need a new business model. Your existing infrastructure was funded with a set of assumptions about utilization by different functions and business owners – assumptions that likely no longer hold true. Where are your users going to get the money to support the cloud?

Understand your users’ economics and you’ll understand the value of your cloud.

Mistake #2: The cloud fixes itself

A cloud is not auto-magical, but, with the right monitoring and maintenance, it can, indeed, fix itself — sometimes. But you need to make sure you have the right monitoring and the right redundancy, especially for alerting when capacity thresholds are near. You might not know it’s broken until it doesn’t fix itself; then you’re going to get that 3:00 A.M. call, and you must be prepared. Remember that engineer who knows everything? She’s not always going to be available.

Mistake #1: Failure is not an option

Finally, there’s the romantic old-school belief that failure is not an option. In fact, when it comes to cloud, failure isn’t just an option — it’s a core design principle. Fail often and fail fast, so you can move quickly. Just make sure that your systems and applications are prepared for the moment when something goes down and they have to adjust.

“Automate all the things,” as the saying goes — especially the notification of failure. This way, you can really enjoy this new technology as your systems keep going even when something doesn’t go quite according to plan. That’s when your organization gets the maximum benefit from the cloud.

Isn’t that why you wanted OpenStack in the first place?

Author: Anne Friend, Director of Strategic Accounts at Mirantis, manages enterprise-grade OpenStack and PaaS implementations at Mirantis, and has directed teams working on cloud projects for the past four years. Her focus is on organizational changes needed to transform large enterprises into nimble, high velocity cloud organizations. She has 20+ years’ experience in financial services IT, including eBay, X.commerce, and JP Morgan Chase (formerly Washington Mutual),and guest blogger for CitizenTekk, Startup & Technology company news. The Culture of Open Source