5 Ways to Drive Engagement to Your App by Appboy 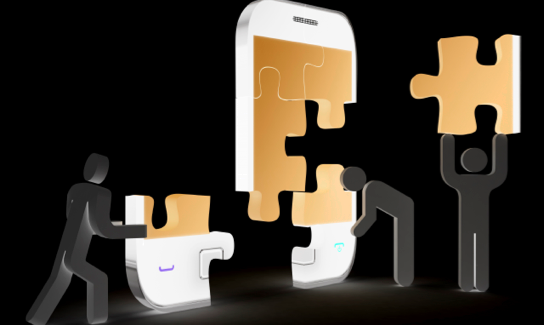 Cezary Pietrzak is the Director of Marketing at Appboy, a customer engagement platform for mobile apps. He oversees the company’s growth as well as its thought leadership in mobile. Appboy is Cezary’s second startup. In 2009, he co-founded Wanderfly, a venture-backed travel discovery site that was acquired by TripAdvisor. He also started a digital marketing consultancy and led marketing at tech incubator QLabs. Cezary’s career began at Young & Rubicam, where he developed brand strategies for companies like LG, Bacardi, NHL and Campbell's. A graduate of the Wharton School, Cezary is active in the New York tech community and writes a marketing blog at cezary.co. His first mobile phone was a Nokia 3310.

It used be easy to launch a mobile app. You built something quickly, submitted it to the App Store and then waited for downloads to come pouring in. As the ecosystem became competitive, things got more difficult: you had to worry about discoverability, managing customer reviews and paying for new users. Getting featured by Apple seemed like a long shot. Today, it’s extremely difficult just to get your app off the ground, and there’s a pervasive assumption that success comes with a large marketing budget.

While the ecosystem continues to be challenging, there’s a big opportunity that’s still under the radar: managing customer relationships.

For web-based companies, CRM is not a new concept, and it’s widely accepted as an important part of a broader marketing strategy. The idea behind CRM is that customer value can be increased through meaningful interactions, provided they’re done in a systematic and personalized way. Take Amazon’s recommended products, Zappos’ legendary customer support or Fab’s gifting and discounts. These are not short-lived marketing tactics, but rather carefully devised, strategic assets that drive the lifetime value of customers and increase a company’s ROI.

For mobile apps, this same idea is taking shape as MRM, or mobile relationship management. While still in its infancy, it’s one of the few clear solutions for driving the long-term business value of an app business. That’s because it solves the painful problem of abysmally low retention rates in the ecosystem: about 46% of people stop using an app after one month, and 65% after three months (Flurry 2012). A large percentage of these people do not leave because they’re disinterested in the app. Rather, the structural challenges of the ecosystem and numerous other distractions on mobile phones make it hard for them to access and use the app on a regular basis.

The result? Customer relationships in mobile apps end soon after they begin, and app developers are trapped in a vicious cycle of paying for users who bring them little value.

To solve this problem, app developers should shift a portion of their resources from new user acquisition to maximizing the value of their existing customers. It’s a fairly straightforward decision with little technical risk, given the absence of legacy MRM platforms. Moreover, activating MRM can influence key metrics almost immediately, and many of its tasks can be automated to save valuable marketing resources.

A slightly bigger task is defining an MRM plan, or customer engagement strategy. At Appboy, we use a five-step framework designed to uncover the most valuable opportunities when managing customer relationships in mobile apps. We use it for all new client onboarding, and the output it generates becomes the foundation of engagement thinking for their teams. Here are the steps:

1. Define your value proposition. Think about what your app does, its most important features and key benefits to your customers. It will help to articulate why customers should use your app in the presence of many other options. For certain apps, you’ll have to dig deep as the proposition isn’t always clear. For example, much of Instagram’s success lies its beauty and simplicity - emotional benefits that trump its otherwise generic photo-taking function.

2. Establish your business goals. Do you want people to spend more time in your app, browsing content, creating content or simply being exposed to your brand? Or do you want them to spend more money in the app, by buying virtual goods or signing up for a subscription? Each option is just as valid as the other, depending on the app’s business model. What’s important to note, however, is that money spent in-app is highly dependent on time spent in-app. This is especially true for the gaming category, where the optimal time to convert a customer is after they’re reached a certain level of gameplay.

3. Identify key actions. There are certain steps that all app users take which are naturally suited for relationship building. For example, everyone begins their app experience by going through an onboarding process and getting to know the app’s interface on the home screen. They then familiarize themselves with the app’s core features and functions over the course of several interactions. Once they’ve used an app enough times to build repetition, they may be ready to make a purchase or share it with their friends. At certain steps of the process, there’s also an increased risk of abandonment. Thinking about the broader customer journey helps to identify key actions that trigger either positive or negative behaviors, and to influence them accordingly.

4. Create custom segments. People are different. They use apps in different ways and each has different expectations of the experience. Rather than trying to mold them into a single use case, the best way to serve their needs is by grouping their behaviors into distinct segments. For example, have they successfully completed onboarding? Are they engaged users or or social influencers? Have they made an in-app purchase? Have they added their friends or imported their address book contacts? Which version of the app are they using? Creating 10-15 of these segments and speaking to them in a personal way can greatly increase the effectiveness of your message.

5. Engage via multiple channels. Many app developers forget that they have several options for engaging their customers. For example, they can message them via push notifications, in-app messages or email. They can use customer support to address issues and win back at-risk customers. They can also monitor customer sentiment across social networks. While each of these channels is best for a particular function (eg push notifications are very effective for re-engaging lapsed users), none of them alone should be the basis of an entire customer engagement strategy. When creating your MRM plan, consider how each one can build the value of your business.

Going through these steps forces you to think about your customers in a more human way. It puts an emphasis on building real relationships, rather than treating everyone as the same person. Knowing when and how to connect with people is an undervalued skill in the app business, as ultimately they’re the ones driving the value of your business.

With MRM still in its early stages and app developers so focused on user acquisition, it’s easy to miss this opportunity to leap ahead of your competition. However, it’s only a matter of time before the broader market catches up. So, what are you waiting for? Create your plan of action for managing mobile relationships post-app install, and use it to build a competitive advantage - whether it’s through higher revenue per user or lower cost per acquisition. A small time investment now will bring results in the present and the future.

Cezary Pietrzak is the Director of Marketing at Appboy, a customer engagement platform for mobile apps. He oversees the company’s growth as well as its thought leadership in mobile. Appboy is Cezary’s second startup. In 2009, he co-founded Wanderfly, a venture-backed travel discovery site that was acquired by TripAdvisor. He also started a digital marketing consultancy and led marketing at tech incubator QLabs. Cezary’s career began at Young & Rubicam, where he developed brand strategies for companies like LG, Bacardi, NHL and Campbell’s. A graduate of the Wharton School, Cezary is active in the New York tech community and writes a marketing blog at cezary.co. His first mobile phone was a Nokia 3310.

Why Are We Driving With Strangers?

Why Your Startup Should Be Open Source – by Peer.fm (formerly Napster.fm) 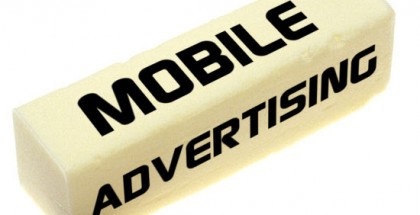 How to Build Your Startup Community August 15, 2013 | Arjun Arora