Considering how saturated the app market is, what advice would you give to an entrepreneur developing a new mobile app? -CitizenTEKK

This one is simple because I am working on my own mobile app now and have been doing a crazy amount of research in this area. Basically, find the sticky factor and the viral factor. What this means is what makes the end user want to come back and add content on a daily (if not more) basis? Then, after they add their content, what makes them want to share that with their network?

Due to the overwhelming amount of mobile apps in the market, it is very important that you analyze your app through metrics. Services such as Mixpanel can be integrated into your app to gather important usage data, which can guide you to the compelling portions of your app. Once you identify how and what your users find value in, you can focus on those and remove underutilized features.

In the oversaturated startup and app market, delivering value that users can see, understand and that truly delights is job one. Your app doesn’t have to change your users’ world — but if it makes their live easier or more rich, you may be onto something.

App developers have set their benchmarks on the U.S. market, forgetting how quickly Asia, South America and Europe are booming in the mobile space. Create apps that can go global and provide value in more than just one language.

Launch your app in test markets first. So much of gaining traction in the app store comes down to either being featured or being a top 25 app. The best way to game the system is to test your app out in small regional markets before you launch in the U.S. Work out the bugs and figure out what drives downloads. Don’t launch too early in the U.S.

6. Solve Real-World Problems and Stay Committed Through the Iterations

The app market is indeed saturated. However, most of the apps are poorly built. This is the result of hopefuls building apps just to build one, and this mindset is generally wrong for an entrepreneur. Focus on solving real-world problems you are passionate about. Remember that startups and app development go through iterations. You will not always get it right the first time. Stay committed.

Too many app builders try to solve too many problems at the same time. It’s not about how many features your app has; it’s about how well you’ve been able to perfect the one your app was built for in the first place. Build a clean, beautiful app that executes its main job extremely well. Once you deliver a great user experience, you are already ahead of 90 percent of the competition.

When you launch a new app, make sure you make a splash in the media. That requires a significant amount of legwork prior to launching your app. You don’t want to have to pitch a story to media outlets about a product that has been out for months already. Hit the ground running by preparing customized media pitches for specific journalists well in advance of the launch.

The Impact of a Community App 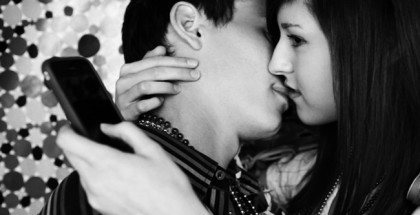